K527 is a planet in the Perseus sector of the Perseus Quadrant. It was the first new unmapped Terra-class planet discovered since the end of the Old Commonwealth. It was discovered by a Fast Attack Corvette from Wolf’s Head that laid in a bad course heading and ended up in the wrong star system. K527 is jointly claimed by the New Commonwealth of the Galaxy and by the Free Worlds Affiliation. The Commonwealth has established colonial settlements on the primary continent. The Free Worlds have established bases on the two subcontinents, primarily for resource exploitation and military presence. K527 lies within slingshot range of the Chapterhouse StarLock, and within 100 parsecs of the colonies of Guelph, Gander, Longueil, Corniche, Rainier III, and Acheron.

The planet is smaller and hotter than a typical Terra-class world owing to its close proximity to its orange dwarf sun. Its surface is nearly evenly divided between land and sea, but its planetary ocean is notably shallow, resulting in arid conditions across most of the land area. Coastal areas tend to be dominated by brackish swamps. One major continent (K1) occupies about 60% of the land area, the remainder being made up of two smaller sub-continents (K2 and K3). Climate is uniformly warm, with temperatures in the desert interior of the main continent typically exceeding 55 standard degrees. The coastal regions of the primary continent and the whole of the subcontinents are balmy and humid.

The planet has no native fauna apart from several species of land and sea-based invertebrates. Flora is relatively abundant, but does not fit neatly into the categories established for tress, bushes, grasses, and flowers on other worlds. The color of native fauna ranges from burnt orange, to saffron, to greenish orange. It is present primarily on the coastal margins of the main continent, but is more prevalent on the subcontinents.

Both the Free Worlds Alliance and the New Commonwealth of the Galaxy have established settlements on K527. The New Commonwealth Parliament has declared K527 to be "a neutral world and a symbol of interstellar cooperation." It is administered by a special branch of the Ministry of Interstellar Development.

As of Solar Year 7390, there were three million inhabitants on K527, roughly equally divided between citizens of the Commonwealth and the Affiliation, with at least 300,000 from world unaligned with either faction.

Alliance City -- Alliance City was built on the K3 continent to exploit valuable mineral and hydrocarbon reserves. As of SY 7390, it was home to over a half-million people, primarily engaged in resource development.

Trajectory is a city located on the southern tip of K3 continent where the Trajectory Consortium (in consort with the Keeler Trust and Companies) constructed an orbital accelerator to send minerals and processed metals into orbit for recovery and transport by trade ships. It houses the planet's largest industrial spaceport and is home to nearly half a million people.

Daggertown was built in central K2 continent over a geothermal hotspot to harvest energy and plant nutrients. It is the center of a complex of greenhouses and botanical domes said to comprise the breadbasket of K527. It is a prosperous agricultural center and home to over a quarter million people. A research unit of the University of Sapphire at New Cleveland was established in Daggertown in SY7385 to begin studying and preparing the planet for climate modification.

Midnight Blue is a settlement on the north coast of K2, built to serve as a port and interchange between the two continents and as a getaway resort as its climate is milder than other places on the planet, the local scenery is more pleasing to the eye. Its population hovers around 100,000 inhabitants. Efforts are underway to introduce compatible species of sea and land animals to the area.

Star Force Base Hidden Blade is a support base for StarForce that hosts supplies and materials for ships operating in the Perseus Sector.

Star Force Base Hard Knocks is a primary training base for Star Force personnel, and also provides training to any world that can pay for their advanced training facilities. Occupying an entire 200,000 square kilometer island, Hard Knocks has extensive firing ranges, large scale simulations of a variety of planetary combat environments (including four urban areas), a bombing range on an adjacent island, a specially modified facility to simulate high-gravity combat, and a notoriously badass bar scene in the adjacent city of Dusty Mudtrack.

K1 City Two is the confusingly named other Commonwealth settlement built on the eastern coast of the primary continent nearly a half million Commonwealth citizens reside here. As with Commonwealth City, the principle industry is building the colony and working toward a self-sustaining civilization. 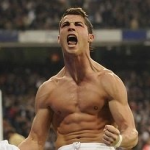