Sapphire, also known as Pathfinder-05, was the fifth ship in the Pathfinder series of long-range, extremely heavy, multi-generational ships that constituted the vanguard of the Odyssey Project.

Sapphire left the shipyards with a crew of 7,000 exactly. Its mission was to explore the sectors of Antlia, Vulpecula, and Equuleus.

Upon the breakout of the Second Aurelian War, Sapphire was pressed into service as command ship of the Seventh Expeditionary Force. This fleet led the liberation of Furlong and Boon colonies from Aurelian occupation during the Fifth Allied Counter-Offensive. Following the war, the ship returned to Furlong to help repair the environmental damage left by the Aurelian occupation.

Sapphire was decommissioned following the Second Aurelian War. The ship was placed in orbit of Sapphire, where it serves as a museum, academy, rather mediocre comedy school, casino-resort, and a location for diplomatic receptions. 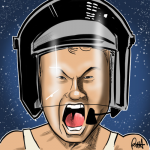 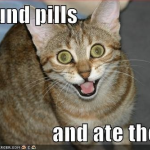